My co-worker Josh forwarded me a link to the Friendfeed conversation he started about my last blog post. I read the reactions with interest, and had a few thoughts in connection with this:

Another co-worker forwarded an email with this, that seems related:

“And these statistic(s) from another book, “Empire of Illusion: the End of Literacy and the Triumph of Spectacle,” a third of high school graduates never read another book for the rest of their lives, and neither do 42 percent of college graduates. In 2007, 80 percent of the families in the United States did not buy or read a book.”

While I think the above stat is a bit hyperbolic, it is however reflective of the larger culture’s widening gap between the literate and the illiterate.(Our regulars are nearly all power users, relying heavily on the library to supply them with a constant stream of materials.) It seems reflective – although not correlated – to the similar concentration of wealth in the country over the past few decades. A well-informed middle class may be going the way of a well-off middle class, IMHO. Instead of being able to divide our patrons up by socioeconomic class, we should probably be making distinctions between new “upper” and “lower” classes by their information consumption habits. Which group would Seth Godin be in, I wonder?

I’d be interested to hear what others think about our culture’s connection to information in an age of abundance (but not largess).

← Information is not free
More Questions Than Answers: Month 3 of the Year of the E-book → 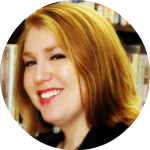 Living at the intersection of libraries, education, and technology. Youth advocate with a passion for digital literacy. Writer and facilitator of learning opportunities.